The King's Speech Helps Us Talk about Stuttering: A Resource for Parents and Teachers 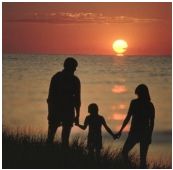 Alone in my living room, I stood up and vigorously clapped my hands as David Seidler, who wrote The King's Speech, won the award for best original screenplay at the 2011 Academy Awards. He accepted the award "for all the stutterers throughout the world." The story is about how King George VI learned to manage his stuttering and to speak confidently with the assistance of his speech therapist. David Seidler ultimately told the story of King George VI and gave all of us a platform to talk about stuttering.

The Power of a Hero

Did you know that David Seidler recalls King George VI as his childhood hero? As a child who stuttered himself, Mr. Seidler said that the King gave him hope as he listened to his wartime speeches. His dad would say,

"David, he was a much worse stutterer than you, and listen to him now. He's not perfect. But he can give these magnificent, stirring addresses that rallied the free world."

With support, even King George VI learned to communicate effectively without fear, regardless of if he stuttered or not! Along the way, 'young' David looked to the King as a source of hope and inspiration. More than half a century later, it was so special to see '73 year old' David stand on stage, accept his Oscar, then give his own inspirational speech. I am hopeful that every child who stutters has someone to look to as a hero.

Let each of us be a hero to one child who stutters. If you are the teacher or parent of a child who is frustrated due to stuttering, let your child know that sometimes talking is hard for you, too. Occasionally put a relaxed repetition into your own speech and appear to be just fine with that (since there should be no need to fear talking nor to feel badly about stuttering). If your child stutters when speaking to you, focus on the message rather than the manner. Show that you are a patient, interested listener. Stuttering should not define a person nor does it need to define one's potential. Our role is to help our children move through their moments of stuttering with a healthy self esteem for their abilities, a celebration of their ideas, and the knowledge that they are incredible in your eyes.

It is important to consult with a speech-language pathologist if you feel that your child stutters. Stuttering is considered to be a typical part of development for children between the approximate ages of two and six. As parents and teachers, our appropriate support is so valuable to helping the stuttering resolve. Likewise, if stuttering persists, a speech-language pathologist can provide you with individualized support to address your child's specific needs.

TinyEYE regularly shares resources with our schools. In February, we focused on fluency and helping children who stutter. Click this link to access February's newsletter and to learn more about how to support children who stutter: Connect-Feb2011 Version 2

Listen to the Real King's Speech